PRESENTATION OF THE MUZIO CLEMENTI ASSOCIATION OF BARCELONA

Institut d’Estudis Catalans and Museum of Music of Barcelona

On November 23 took place the Clementi Day, organized by the Catalan Society of Musicology (SCMus), in collaboration with the Muzio Clementi Association of Barcelona (AMCB) and the Museum of Music of Barcelona. The sessions were held at the headquarters of the Institut d’Estudis Catalans in the morning and at the Museum of Music of Barcelona in the evening. The aim of the day was to officially present the Muzio Clementi Association of Barcelona and to offer some informative presentations about the figure of the great Italian musician and what he represents in the history of music. The latter in the main goal of AMCB.

The day began with the words of the director of the SCMus, Dr. Jordi Ballester, who welcomed the board of the Association and the speakers and stressed the interest generated by initiatives of an associative nature that work on the recovery of elements and cultural values. The president, Anna Cuatrecasas, thanked the reception of the institution and briefly reviewed the causes that had been involved in the project of the Association. Among these, one finds, on the one hand, the circumstance of being a proprietor from many years ago of a Clementi & Company piano and, on the other, having coincided with a group of enthusiastic people, with similar interests and with complementary abilities to carry out the project.

The vice president, Joan Josep Gutiérrez, focused his intervention on the objectives of the Association. He made a historical review of the origins of the interest on the figure of Clementi by Marina Rodríguez Brià until the moment in which the acquaintance with Anna Cuatrecasas took place in 2014. From that date until 2017, a short period of three years, the group of people that currently integrate the board of the Association have organized many activities on Clementi. Among others, three courses stand out at the University of Barcelona (Enjoy 2016, July 2016 and July 2017), as well as some trips to different places related to the composer and attendance at the International Conference of Lucca (Italy), “Muzio Clementi and the British Musical Scene”, where they could contact some of the most important specialists in the world about Clementi. In addition, he also emphasized the fact of having created a circle of people interested in the issue. For this reason, it was necessary to create an entity that could collect and cover all these actions derived from the concern and interest in this topic. Thus, he read the objectives expressed in the statutes and announced one of the next AMCB projects, such as organizing an exhibition about Clementi at the foyer of the Palau de la Música Catalana next March, with the collaboration of the Maria Canals International Music Competition of Barcelona. 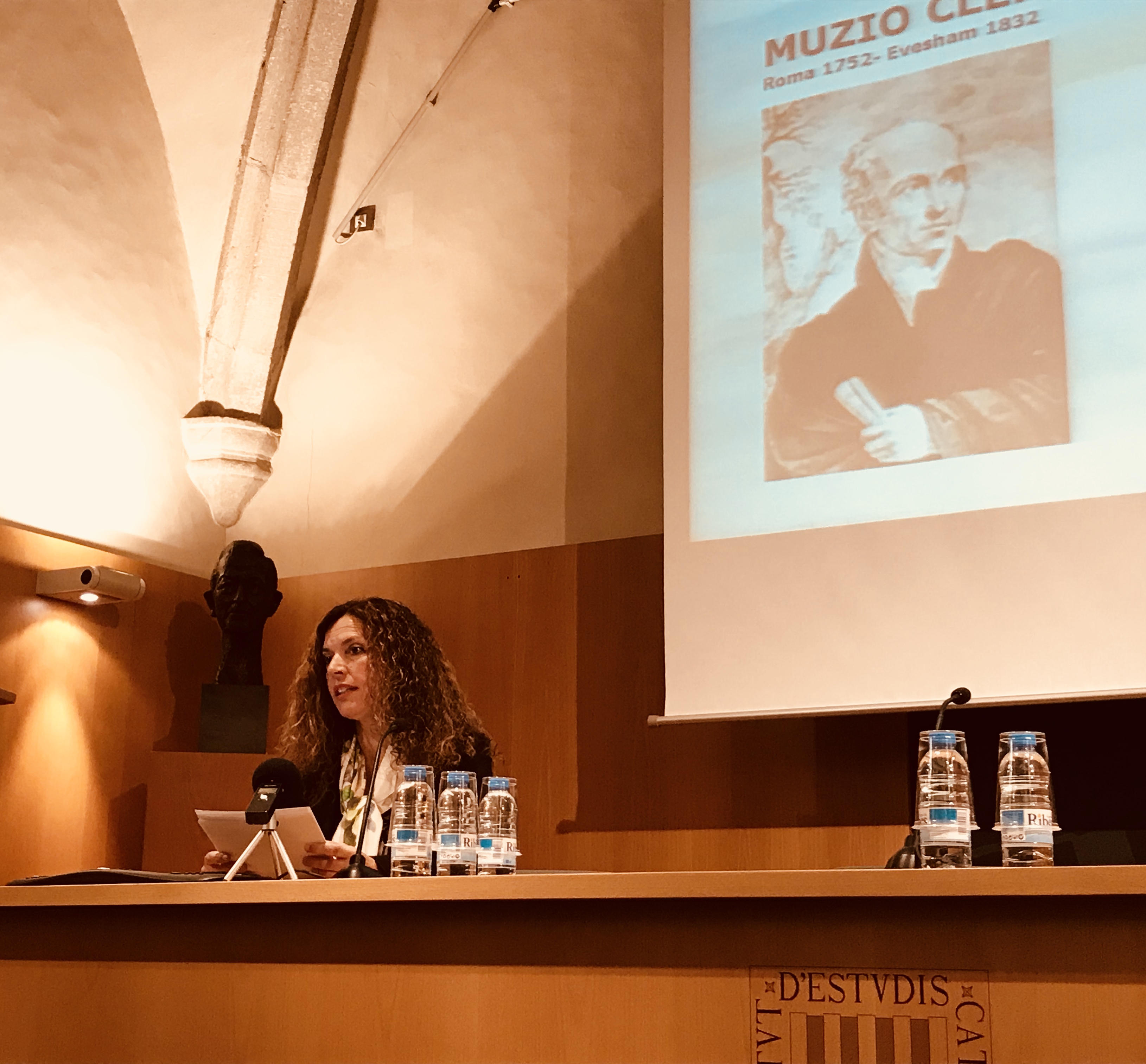 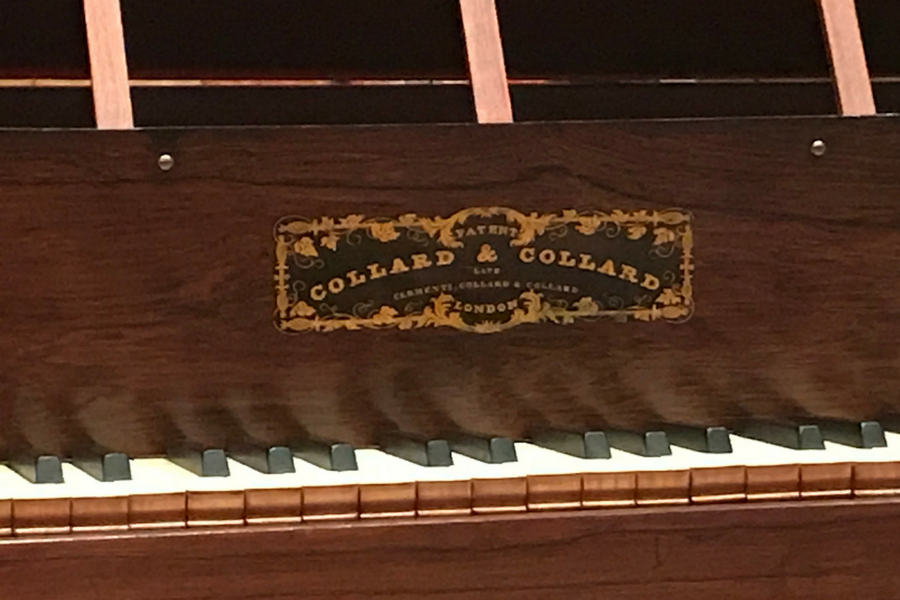 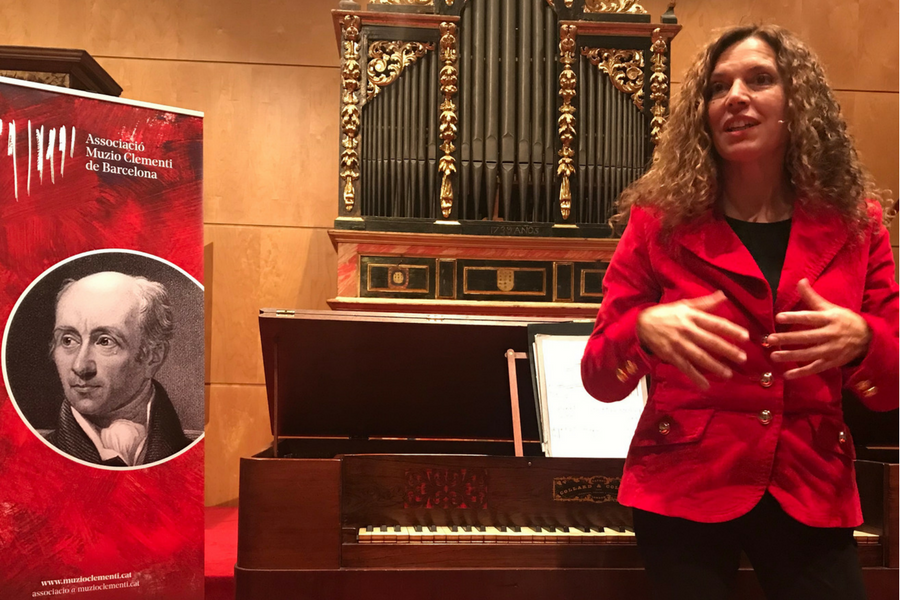 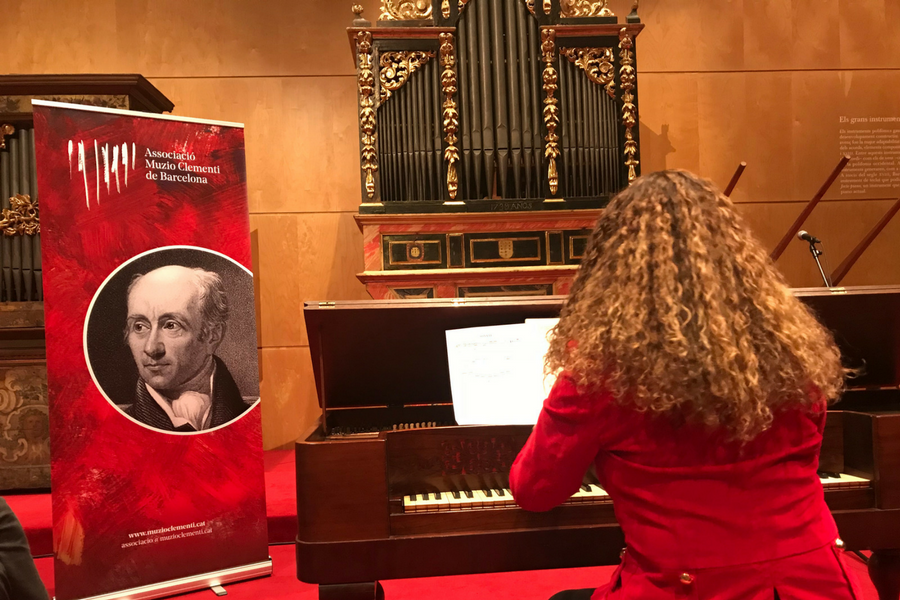 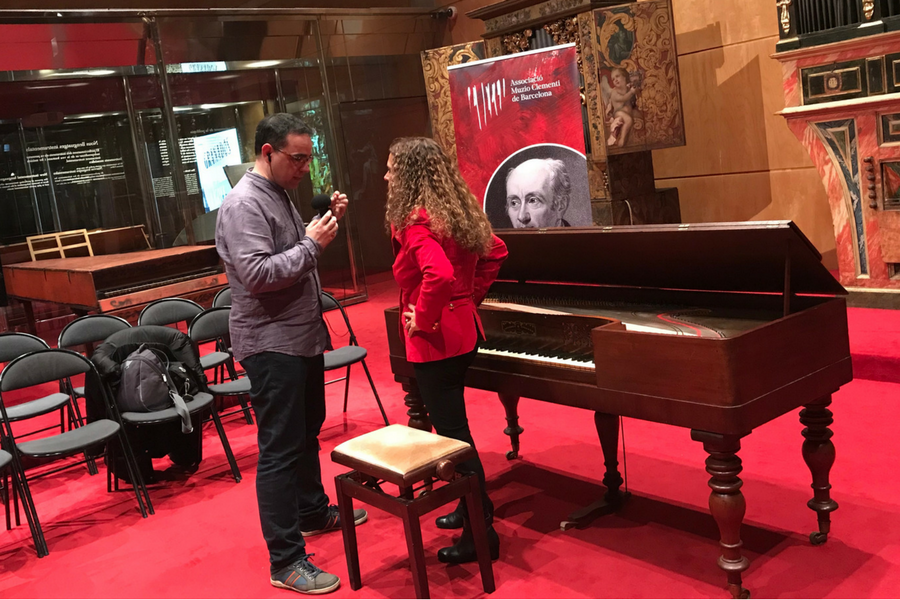 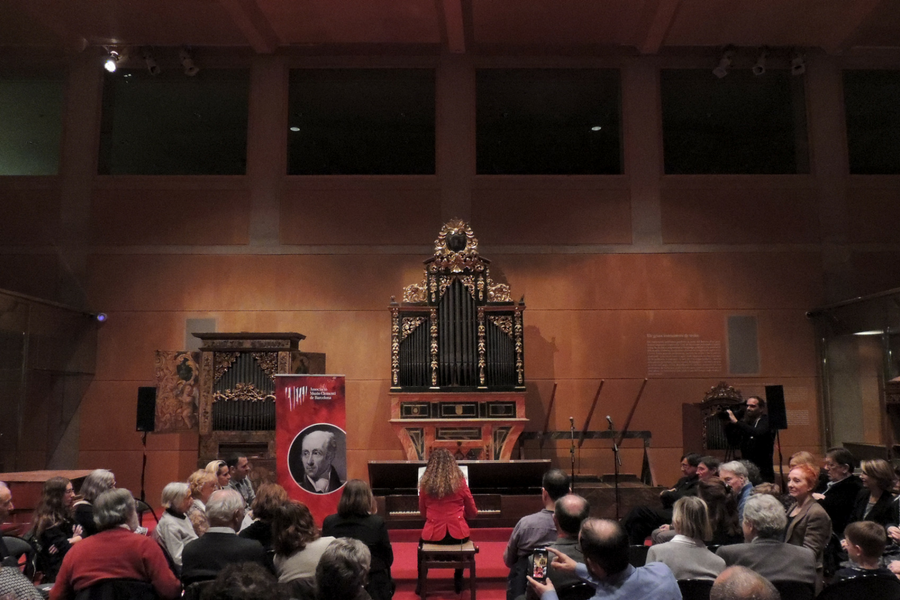 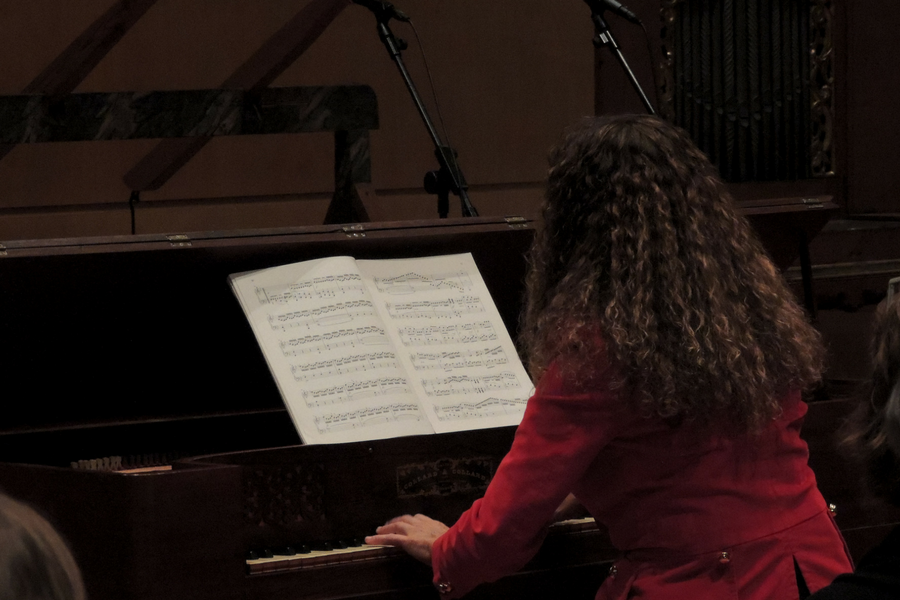 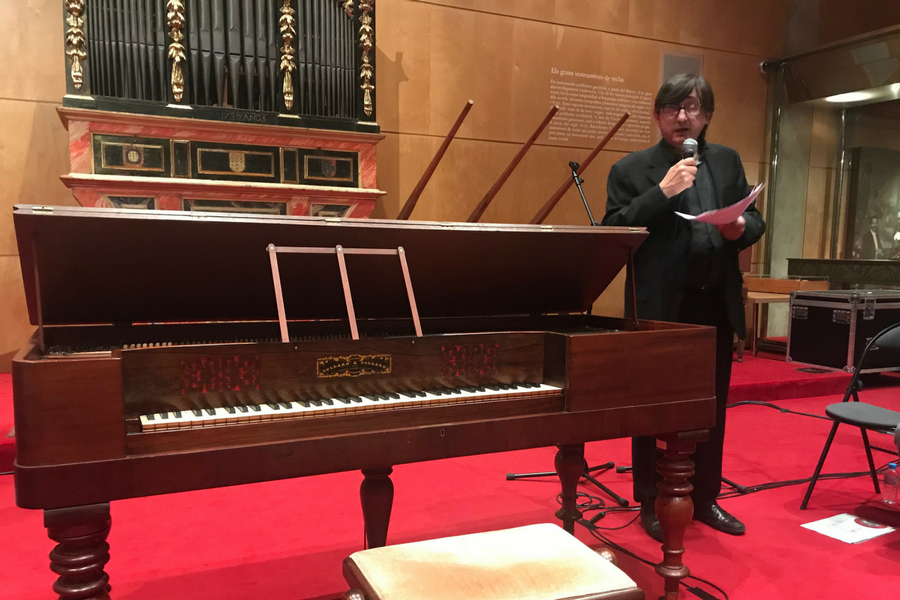 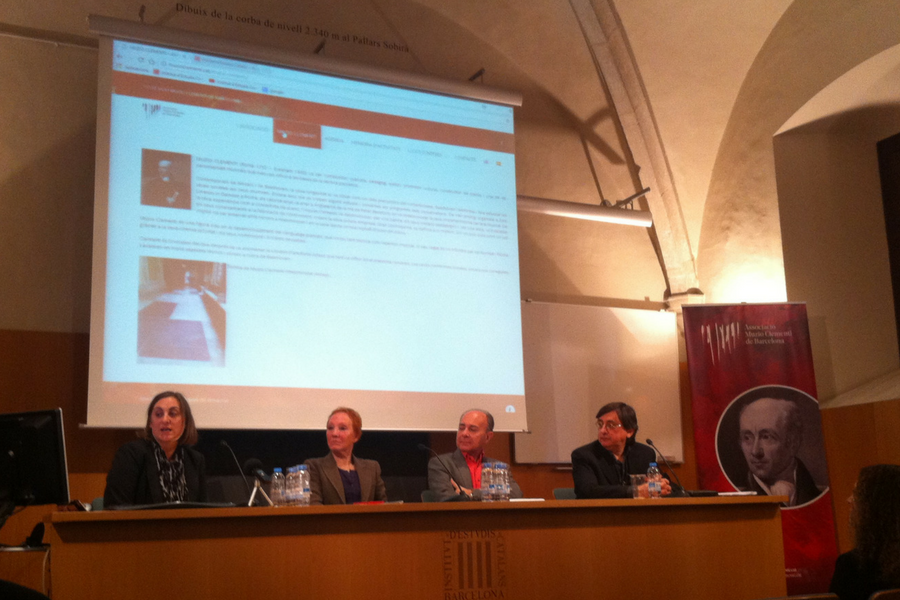 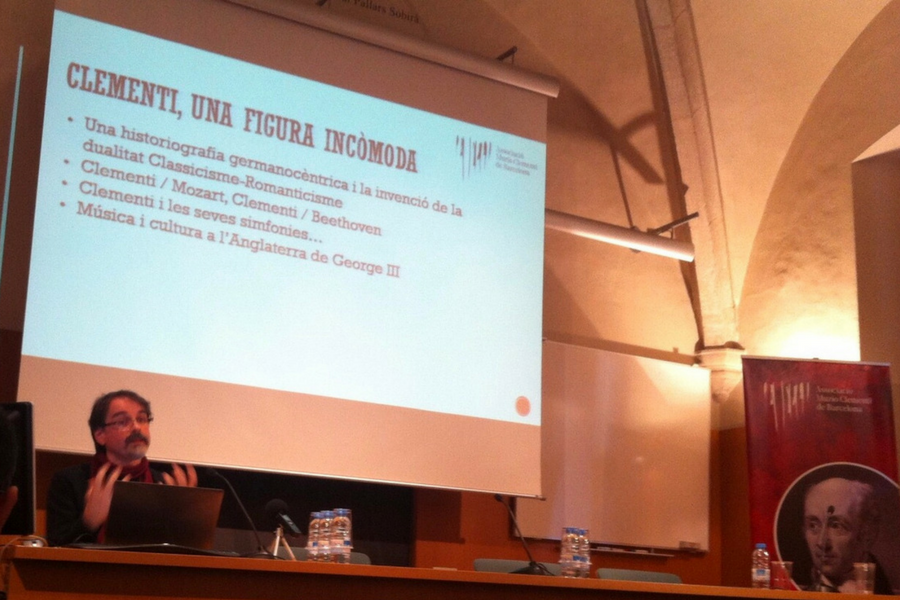 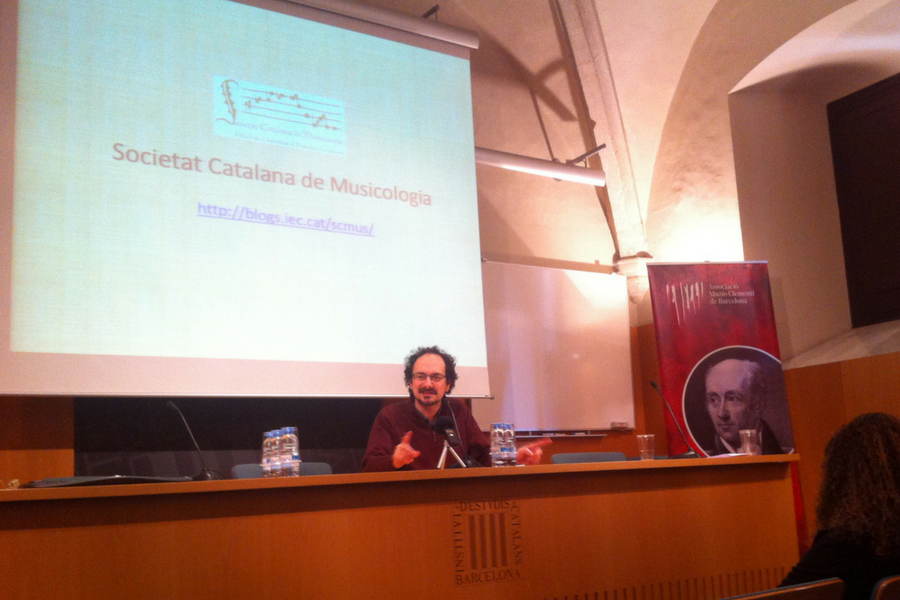 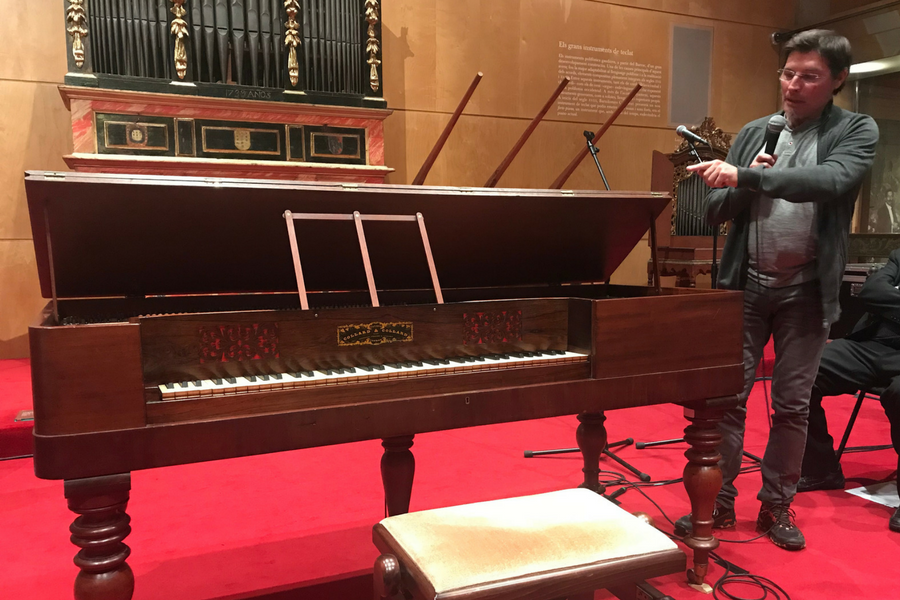 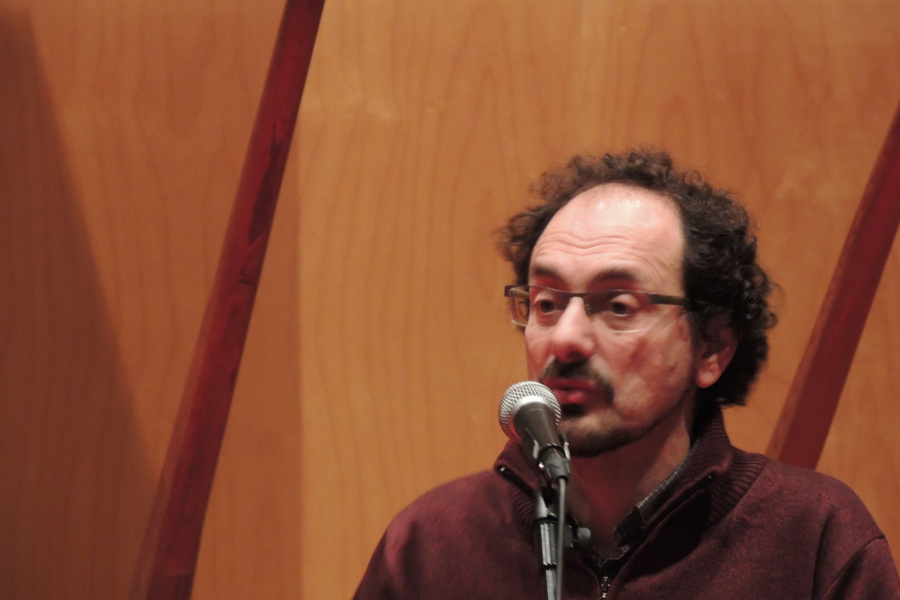 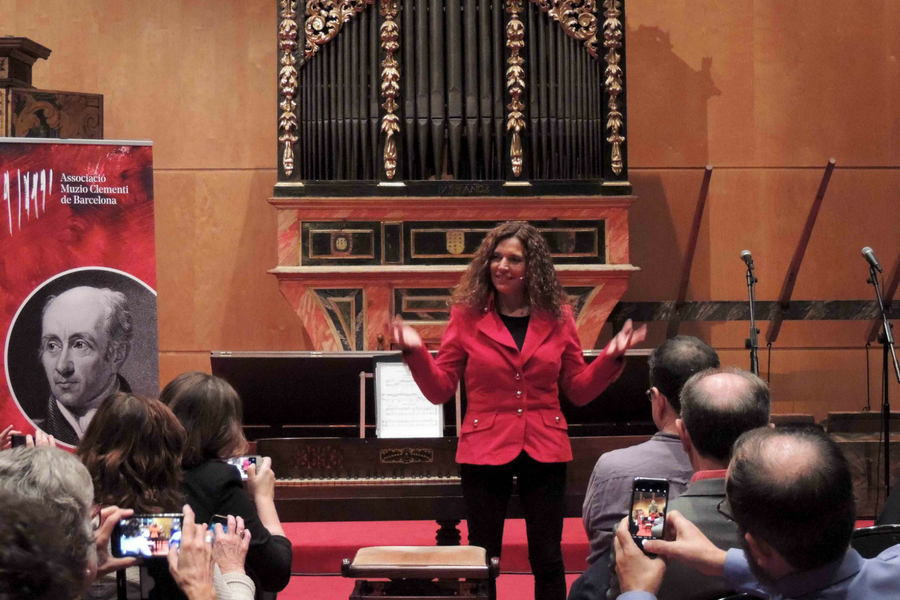 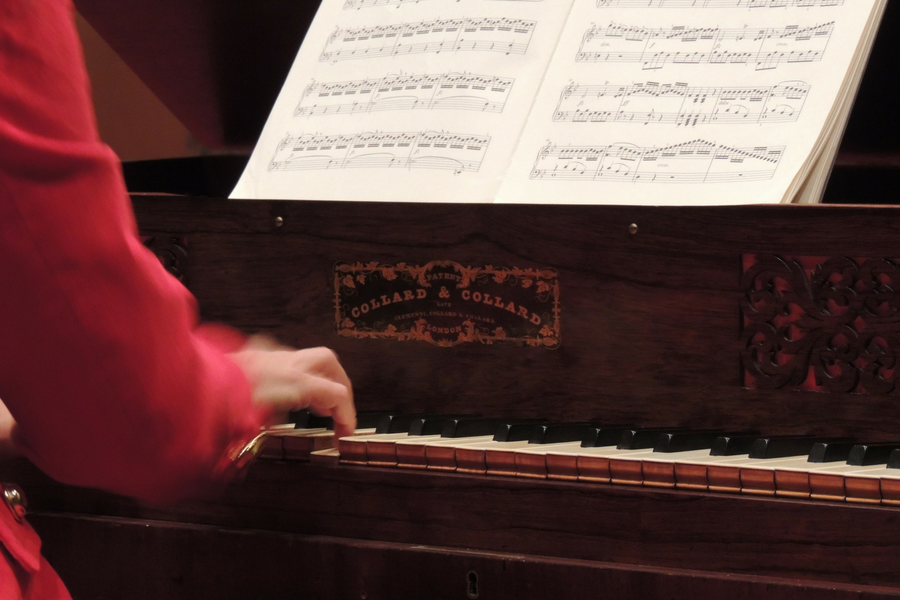 Next, the secretary of the Association, Eva Álvarez, presented the recently designed website. She went through the different sections, including the introduction, the space devoted to Clementi’s biography, past and upcoming activities, and links to Clementi-related websites.

The presentations by the members of the board were followed by three talks by specialists.

Firstly, in “The contribution of Muzio Clementi to the history of music”, Marina Rodríguez Brià highlighted the value of Clementi’s legacy. By reference to numerous contemporary witness reports and present-day accounts, she reviewed Clementi’s activities and their historical significance. Thus, she spoke of Clementi the pianist, initiator of a technique that was properly devised “from” and “for” the piano that provides the backbone of both his pedagogical legacy and his musical work; of Clementi the editor, who published a catalogue of 6,000 contemporary and ancient works; of Clementi the discoverer of talents and promoter of musical societies that would establish with other societies and have continuity in the future; and Clementi the piano-maker, committed to the technical and sound improvement of the instrument.

After a break, it was the turn of Italian pianist and musicologist Luca Chiantore. In addition to corroborating or deepening some of the aspects discussed earlier, his talk, entitled “The Clementi case”, focused on the historiographic treatment of many lesser-known composers. In his opinion, the history of music is narrated from a German-centric vision, linked to a growing nationalism that began in the 1840s, which excludes or minimizes areas and composers from other European regions. This explains how Clementi and many others were forgotten or reduced to an anecdotal memory. Chiantore made a passionate defence of Clementi and also emphasized his importance as a symphonist who, at the time, was valued by the public at the same level as Beethoven, with whom he had a close relationship.

To round off the morning session, Jaume Ayats, director of the Barcelona Museum of Music, gave a talk on “Recovery of musical heritage”, with an illuminating analysis of the meaning of the term ‘heritage’. Is it just something material? What is the value of oral transmission and what difficulties does it face when it comes to musical notation? These issues, also mentioned in the preceding talk, underlined the importance of the role played by public and private institutions and, therefore, the interest of a newly-founded Association that has among its aims the study and recovery of the memory of an important composer.

In the afternoon, the Day continued at the Museum of Music of Barcelona with the presentation in the organ hall of the restoration by Jaume Barmona of a historical square piano Collard & Collard, late Clementi, owned by Marina Rodríguez and Joan Josep Gutiérrez.

After the welcome address by the director, Jaume Ayats, Joan Josep Gutiérrez explained the origin of the piece and gave a brief account of the history of the piano, specifically the square piano and the Collard brand, which continued the Clementi brand. The Collard brothers collaborated with Clementi for more than 30 years, during which they built a close friendship with the musician. After his death in 1832, the company kept the name Clementi for many years, both as a memento and as a commercial bait. The piano owned by Marina Rodríguez and Joan Josep Gutiérrez and now restored dates from 1843 and has the general design of the pianos that were made in Clementi’s lifetime.

Jaume Barmona described his restoration and underlined the importance of the transmission of the piano-maker’s craft.

To conclude, Marina Rodríguez gave a recital of pieces by Clementi which she introduced briefly and which allowed her to show the sonority of the piano as well as the musical quality of the Roman composer. She rounded off her excellent performance ended with some encores of pieces by Ferran Sor and Clementi himself.